It’s Wheels Down For Aston Martin’s SUV, The DBX

Shut the front door! It has arrived. Luxury British auto maker Aston Martin has finally unveiled the DBX, a first and mighty fine SUV addition to its luxury stable. Real Bond Girls of Australia prepare to be amazed as the DBX heralds a new era in Aston Martin’s journey to define style and a riveting user experience.

For now, it’s only a preview, however Australian customer deliveries are expected mid-2020 at the very Aston Martin-style price of $357,000, plus on-road costs.

The company claims the new DBX brings “both the versatility and indulgence expected of a luxury SUV with sports-car levels of dynamic performance”. Frankly, we’d expect nothing less from one of the great British stalwarts of luxury sports vehicles, and the DBX appears to be a diamond in the field. 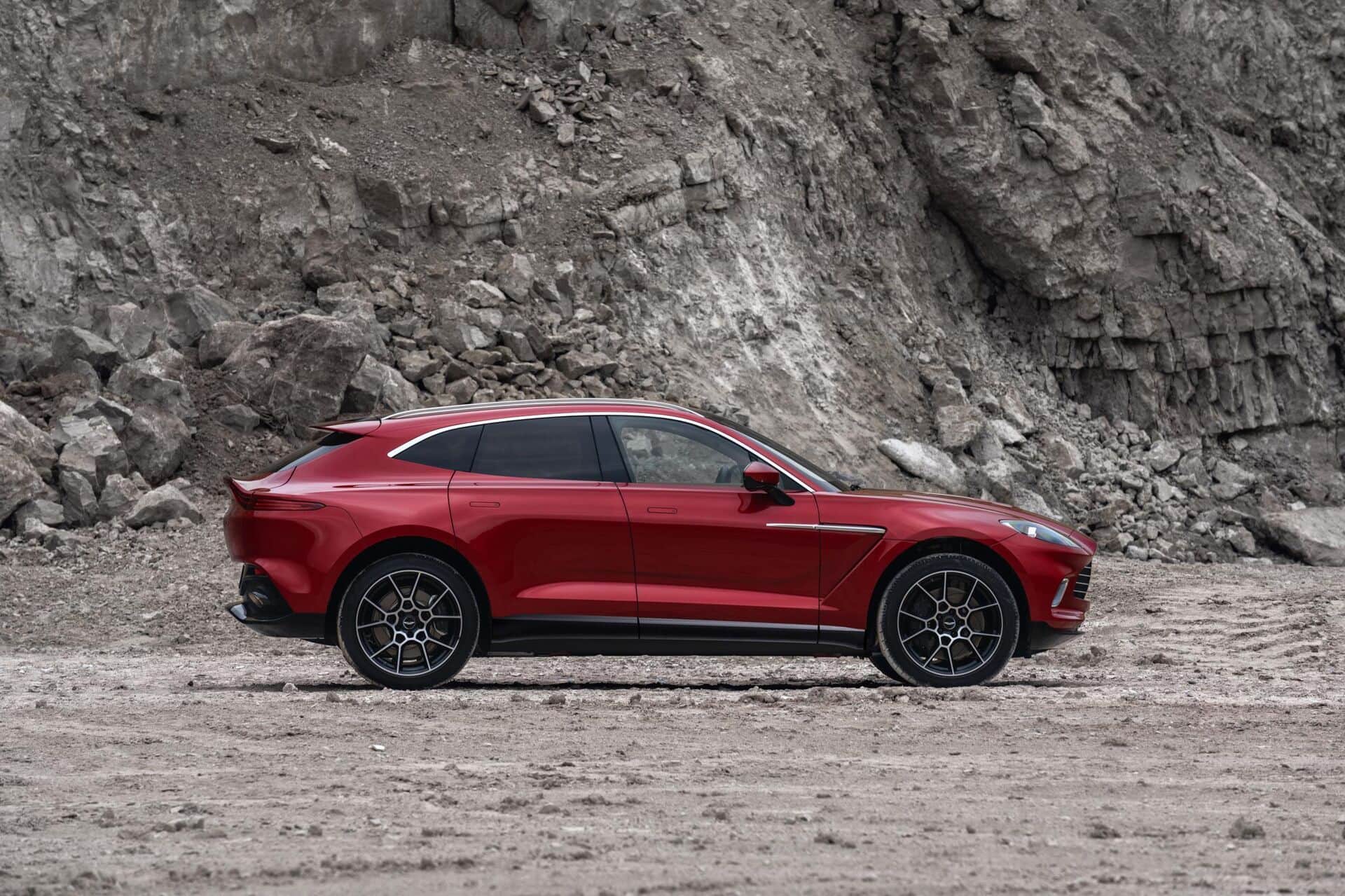 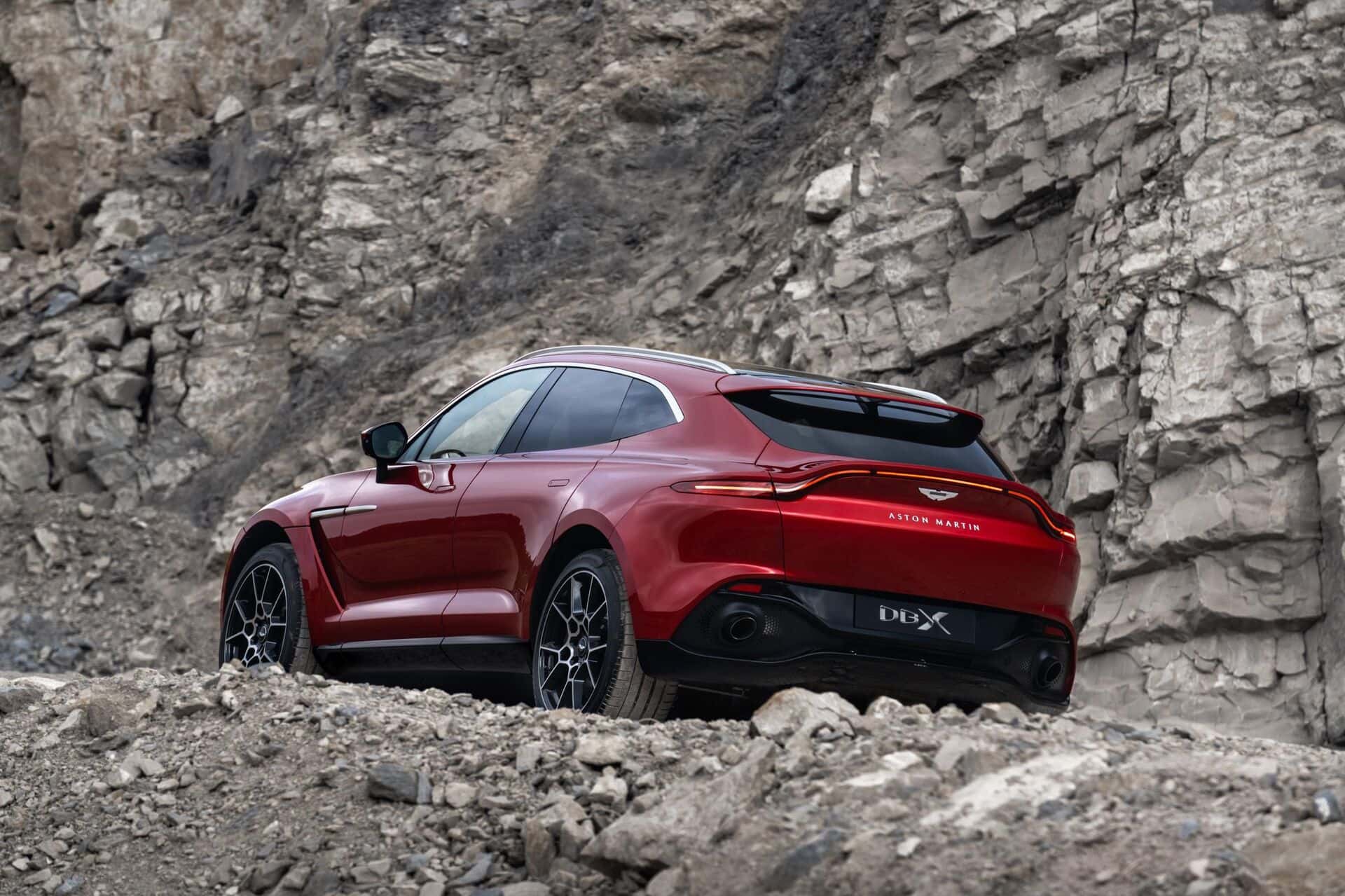 It’s certainly easy on the eye with its sleek exterior lines, but we’ll let the photos and super-contemporary Daisy Zhou movie do the talking.The DBX is being produced in Aston Martin’s custom-built factory in Wales, where the focus is on hand-finished, bespoke details.Its luxurious handcrafted interior is kitted out in leather, metal and wool incorporating seamless design elements such as discreet speakers, separate central armrests and Uber comfortable seats.

‘The DBX’s delivery of sports-car performance and off-road capability make it a competitive sprinter in the SUV race.’

Inside, Aston Martin’s R&D department has toiled to deliver top tech with a large central console screen, 360-degree camera, Apple Car Play and ambient lighting offering 64 colors in two zones. True to SUV spec, the DBX offers all available active safety systems and maximum space in the cabin for both front and rear passengers, generous boot space plus split-folding rear seats for those moments when all the luggage simply must fit.

The DBX’s delivery of sports-car performance and off-road capability make it a competitive sprinter in the SUV race. Under the bonnet there’s a tailored new iteration of the turbo-charged V8 engine found in the DB11 and Vantage, so it quite literally still produces that unique Aston Martin purr.

It’s no surprise, of course, that Aston Martin has joined the charge to introduce an SUV to the market as customers walk away from passenger cars. The paying public is clearly hungry for the versatility and adventurous spirit of an SUV at the luxury end of town. VFACTS figures from Australia’s peak vehicle industry body, the Federal Chamber of Automotive Industries, show that while the new car sales market has slowed, the appeal of SUVs is moving to double that of passenger vehicles.While we appreciate that our love of luxury can’t be defined by mass markets, it’s clear that when it comes to an everyday (uncompromising) commute, the luxury SUV market is now stronger and more thrilling than ever.

By Madam Wheels | April 8, 2021
When you’re into road trips and your daily drive is a twin-turbo V8 Audi RS6, the notion of getting behind the wheel of something silent and electric hasn’t held much appeal, especially given the range issue in a country as big as Australia. But when...
Read More

By Madam Wheels | March 28, 2019
MCLAREN Automotive has taken hand-built cars to a new level with the construction of a full-sized replica of its Ultimate Series McLaren Senna - this one made entirely of LEGO. It’s the second time the technology company-cum-super car maker has collaborated with the iconic Danish...
Read More

By Madam Wheels | August 24, 2018
They say cars are toys for boys. Not anymore. New business Madam Wheels helps women experience fast and fabulous cars on their terms. The venture is a first-of-its-kind, customised service for women with a passion for luxury cars. It helps to get them into the sexiest and...
Read More
Scroll To Top