Customer racing programs have become de rigueur among the most luxurious of global car marques. McLaren, Ferrari, Bentley, Aston Martin, Lamborghini, Porsche, Audi and BMW are all in the mix, offering customers with the will – and the wallet – to buy into a slice of motor sport action. Not-so-fancy but still impressive Nissan is in play, as well, with its monstrously powerful GTR.

The programs give race enthusiasts the chance to get behind the wheel in their brand of choice and compete internationally as a motor sport rookie, an ambitious racer or skilled GT specialist. Support from the car companies – apart from selling these people their not-inexpensive cars – ranges from driver training, logistics, even track side pit-crew duty offering mechanical and technical backup. 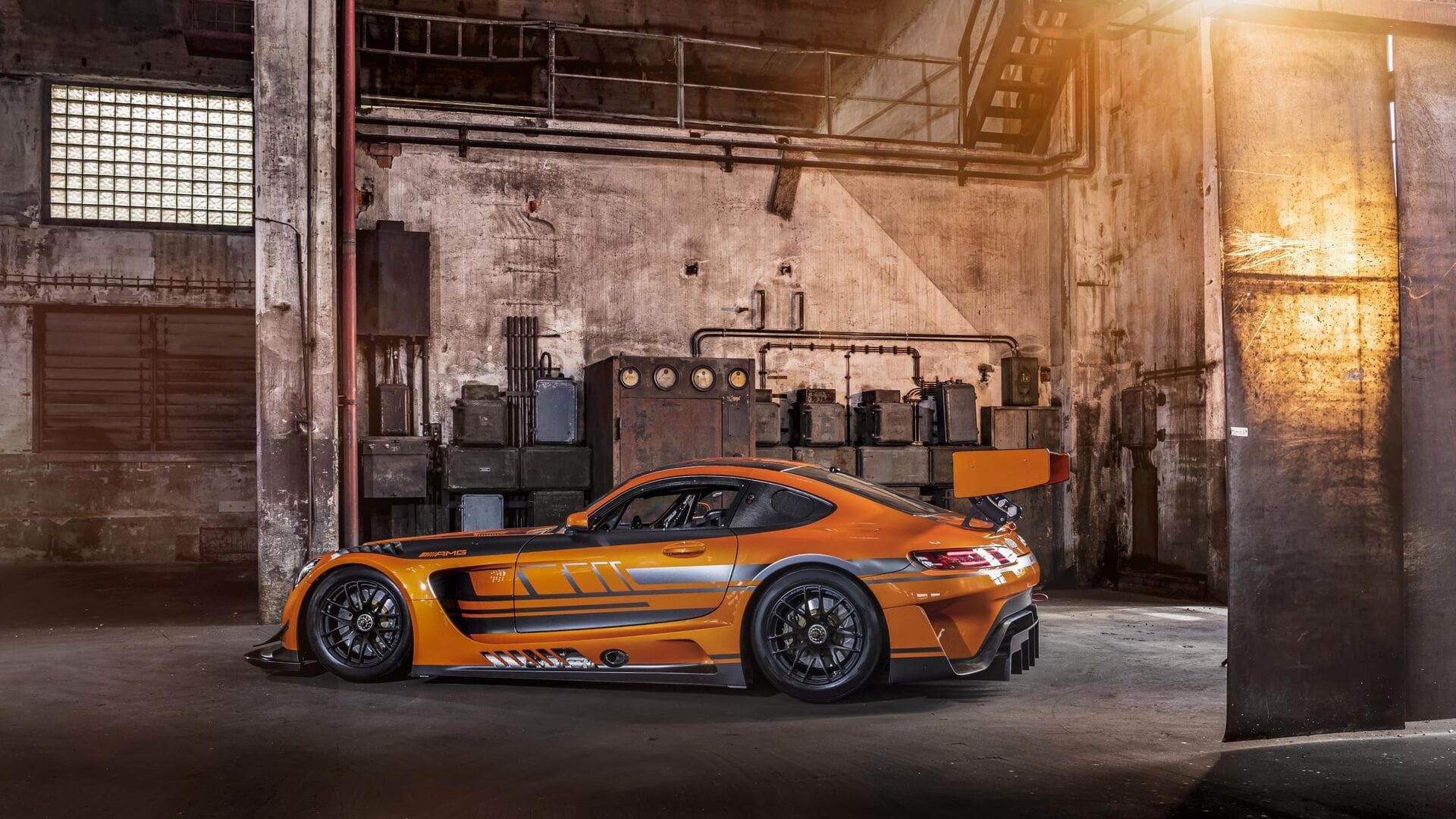 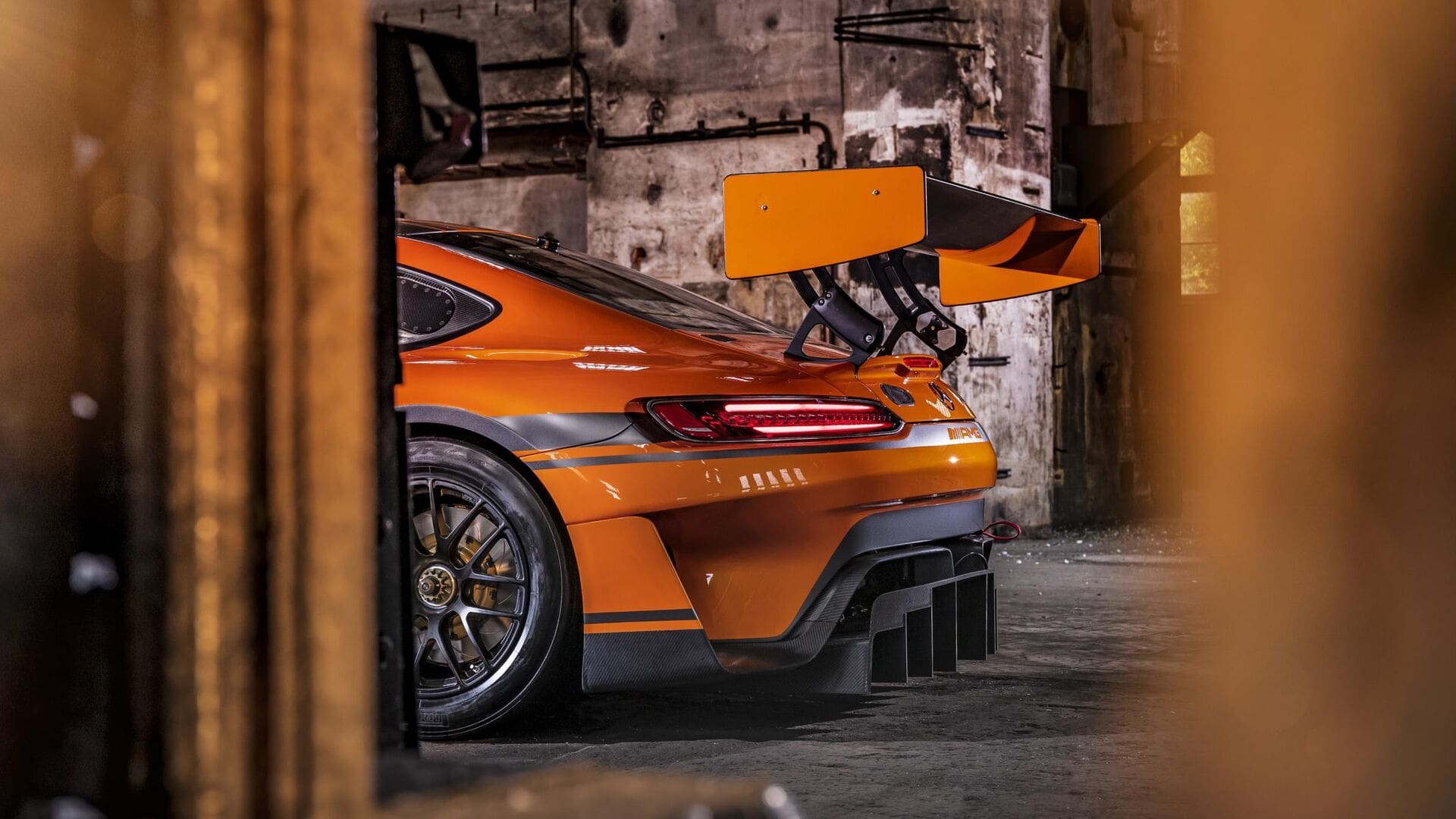 But the Mercedes-AMG Customer Racing program – which began in 2010 – caught Madam Wheel’s eye overnight with the visually impressive release of its latest GT3.
Revealed online ahead of its public debut at this weekend’s 24-hour race at Germany’s Nürburgring, the new GT3 is displayed in gritty detail in what looks like a decommissioned industrial factory.The road-worthy Mercedes-AMG GT is already a beautiful car, but the GT3 Sprint specification seen here takes things to a different level.

‘That leering face would be a frightening sight to behold approaching at speed from behind.’

The car’s low and lean lines, flared side skirts and enormous rear wing combine to deliver a car which looks poised, balanced and athletic with a wicked personality. That leering face would be a frightening sight to behold approaching at speed from behind. The Mercedes-AMG GT3 is powered by a 6.3-litre V8 naturally aspirated engine which the company hopes will be enough to see it outdo teams frequently on the podium from Audi and Porsche. 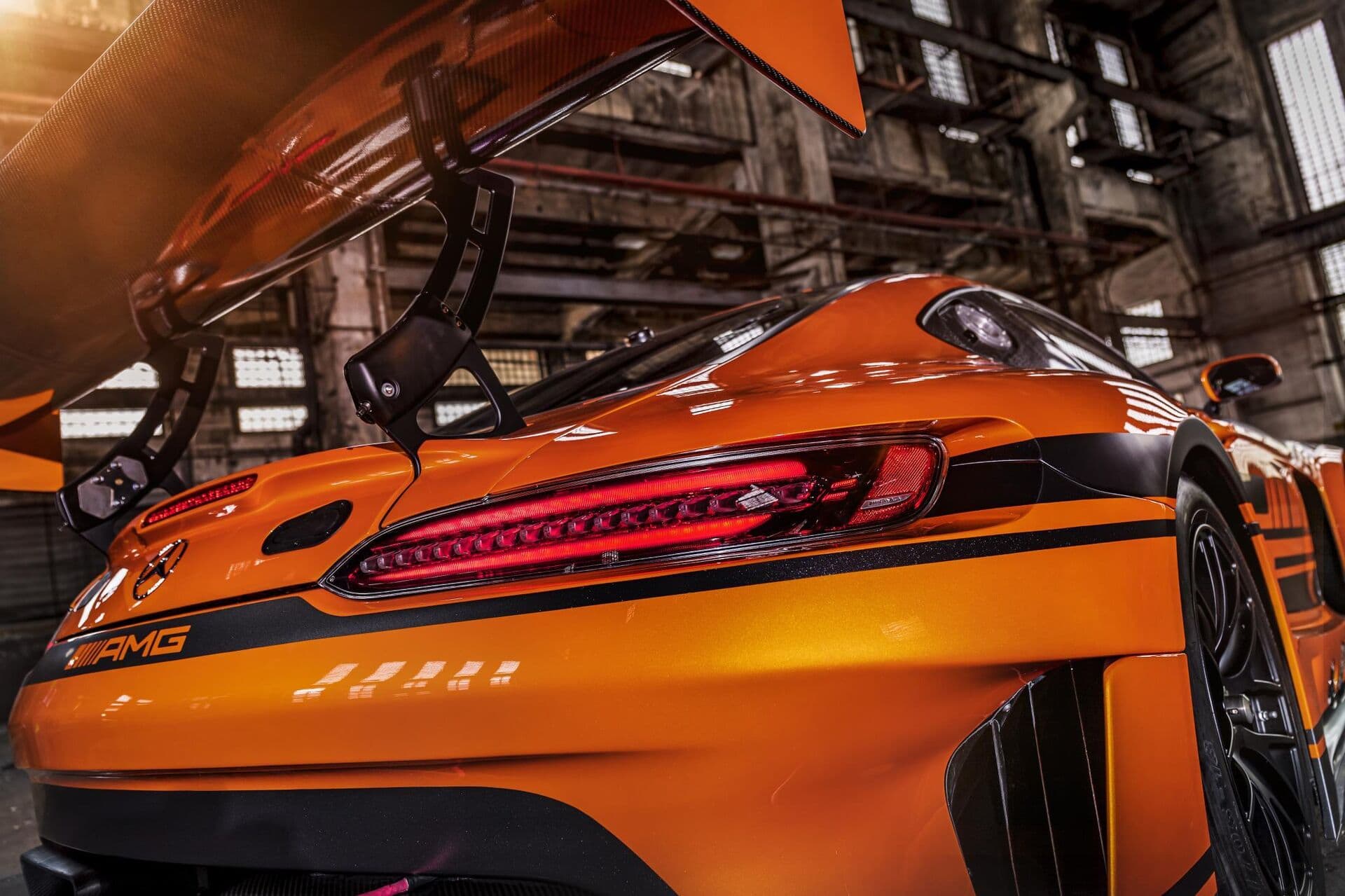 For the rest of the year, the car will be put through what Mercedes-AMG describes as a comprehensive development program to test and enhance the car’s durability and endurance capabilities. Customer deliveries will begin towards the end of 2019, with the price of the Sprint specification featured here published as €399,000 ($A655,925). Customer cars will hit the race circuits next year – fittingly, the 10th anniversary of Mercedes-AMG Customer Racing.

By Madam Wheels | October 25, 2018
When cars are a big part of your life, and they take up a disproportionately large amount of space at your home, adequate garage space can be a big deal. Given that most of the big ones tend to be underground these days, the pitch...
Read More

Why It Matters To Be Match-Fit For McLaren’s 720S

By Madam Wheels | October 23, 2018
IF YOU’RE into buns of steel and thighs of iron, a car from the British luxury automobile maker McLaren may just be the car for you. If you haven’t already got said physical attributes, you’re likely to end up with them anyway - either by...
Read More

How To Stay Calm Under Pressure

By Jemima Clarkson | November 30, 2018
One the newer vehicles in my garage has a dashboard display you can dial up with a twiddly knob on the centre console that shows the temperature and pressure of each tyre. It’s driving me mad. The two rear tyres seem to be OK. The...
Read More
Scroll To Top