“BADASS” isn’t a word that springs immediately to mind when contemplating a Rolls-Royce motor car. “Austere”, “statesman-like”, “owned-by-someone-who’s-not-me” are more the norm.

But when Rolls-Royce drapes the chrome of some its less-formal, more-powerful models with wicked dark detailing and dials up the engine capabilities, “badass” quite suddenly starts to sound more apropos. Set said vehicles loose in a Blade Runner-like landscape and convention is truly defied.Faster engines, sharper gearboxes, and dashboard and exterior options designed to deliver boardroom bragging rights – they’re just some of the appeals for the brooding, dark ones among us to whom these Black Badge beasts might appeal. 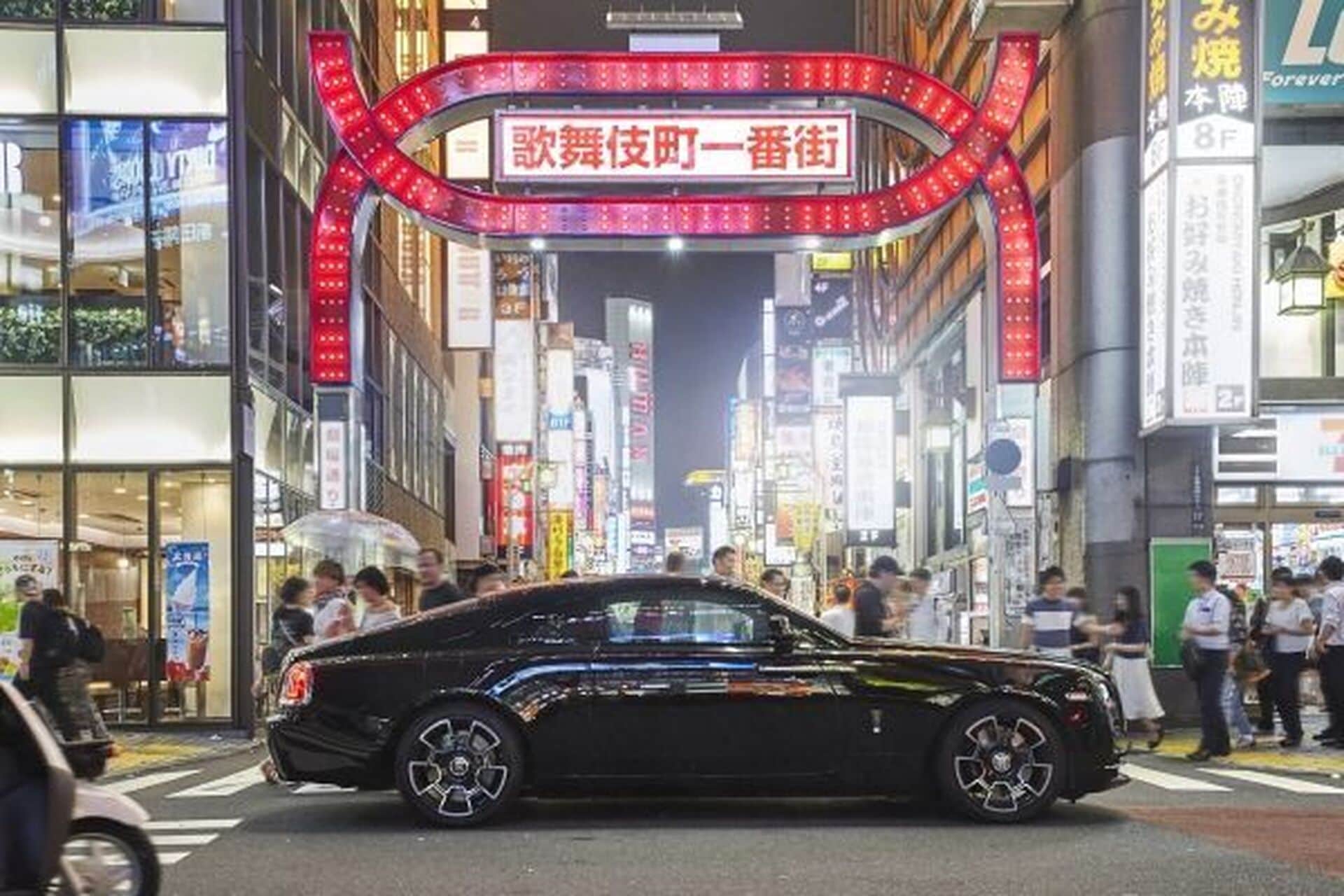 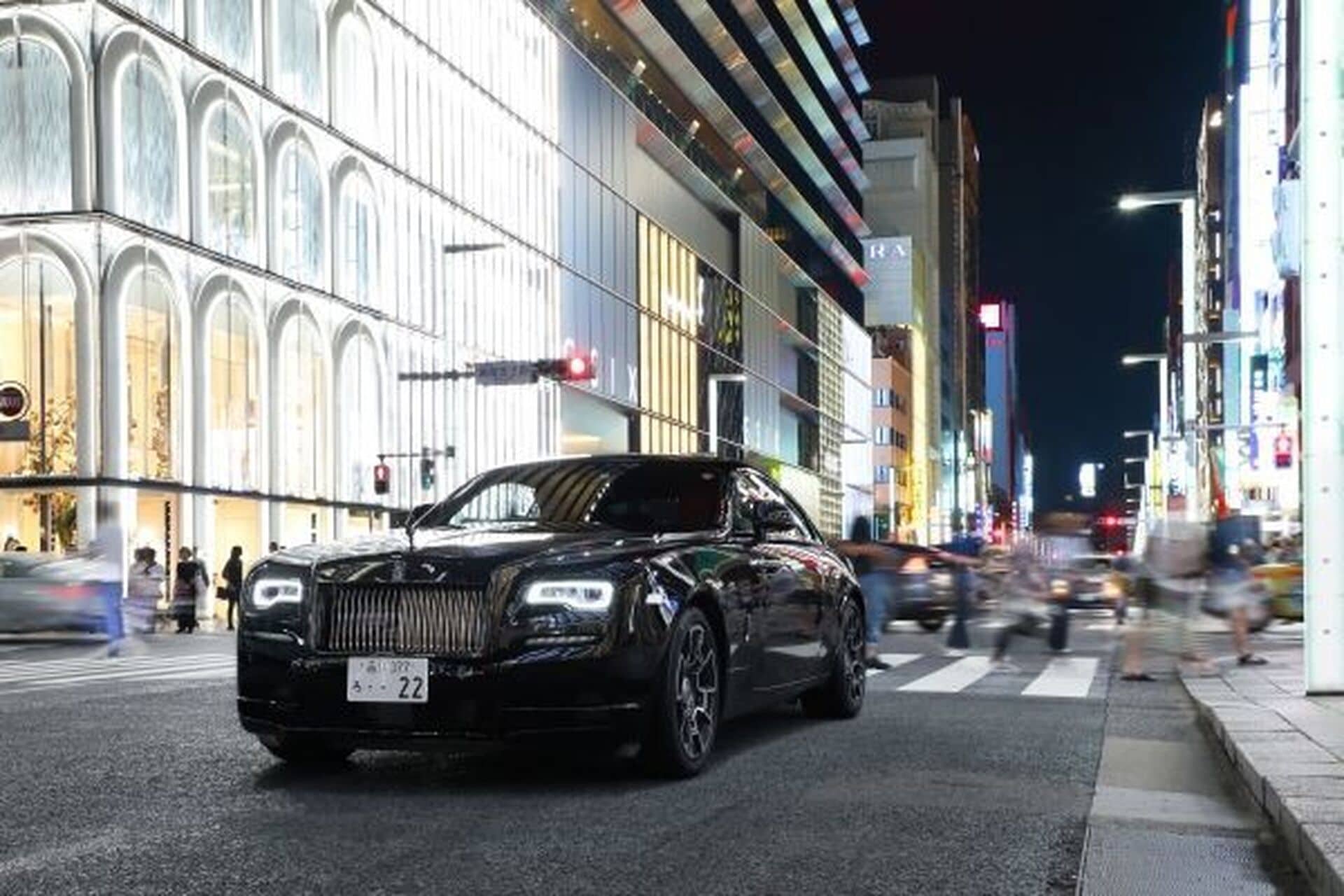 Actually, scrap that. Madam Wheels is pretty straight up-and-down, and if a Black Badge Dawn was in her price sphere, she’d be going there.
In the meantime, she’ll have to live vicariously through a photographic exhibition that’s opened in the Rolls-Royce Motor Cars Tokyo dealership.It displays the Dawn, Wraith and Ghost Black Badge vehicles in scenes that see them breaking the shackles of Rolls-Royce Motor Cars convention but put them right at home in the city of Tokyo.

‘The cars are designed to attract the badass in us all, the risk-takers and disruptors who break the rules and laugh in the face of convention.’

Rolls-Royce did well in identifying the perfect palette in Tokyo for the dark interpretation it seeks to emulate with its Black Badge offering.
The cars are designed to attract the badass in us all, “the risk-takers and disruptors who break the rules and laugh in the face of convention”.Which is not very Rolls-Royce at all. And yet. Photographed over two years, “Black Badge: Tokyo After Hours” is the work of three international photographers invited to use the city as a palette to showcase the three Rolls-Royce Black Badge models. 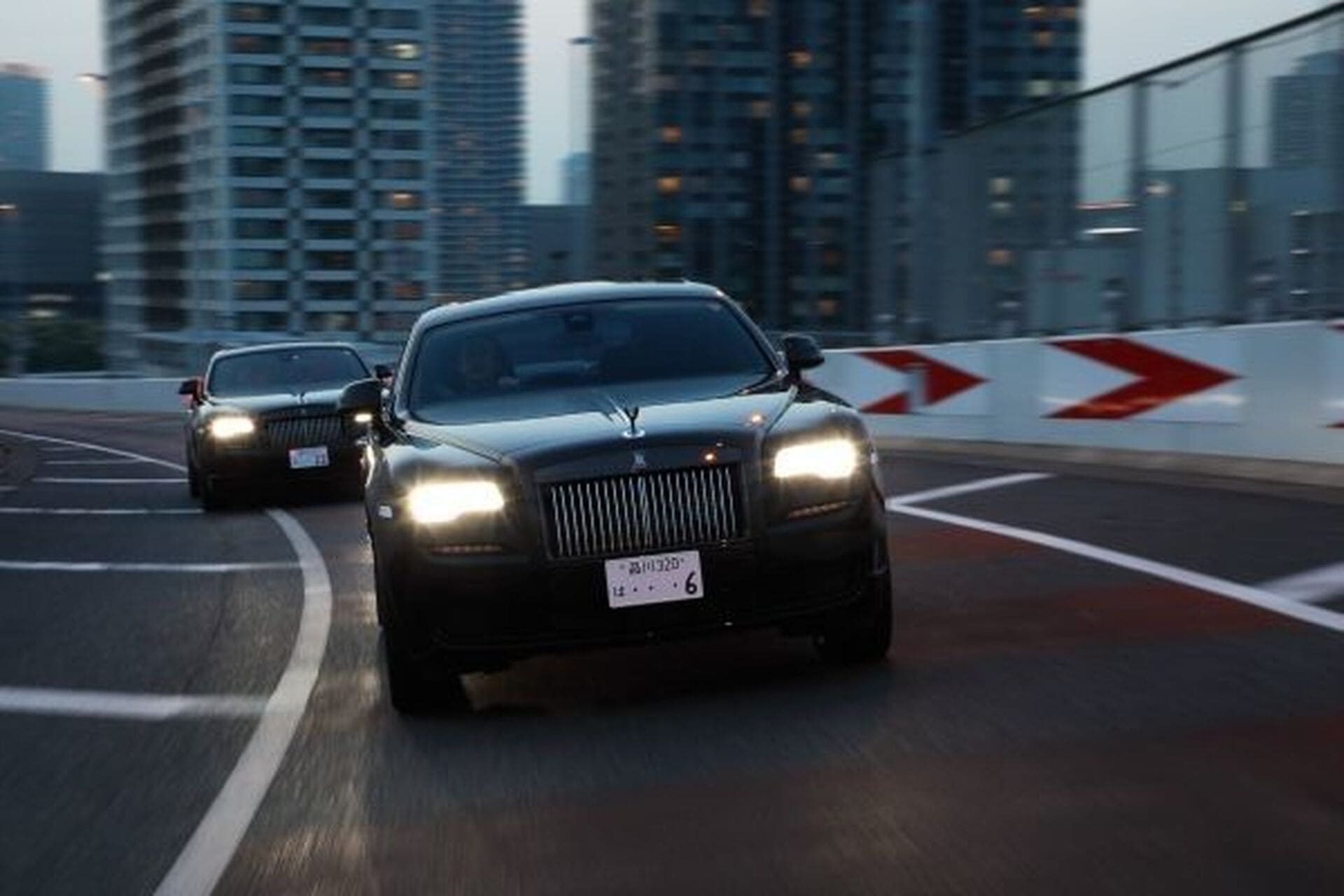 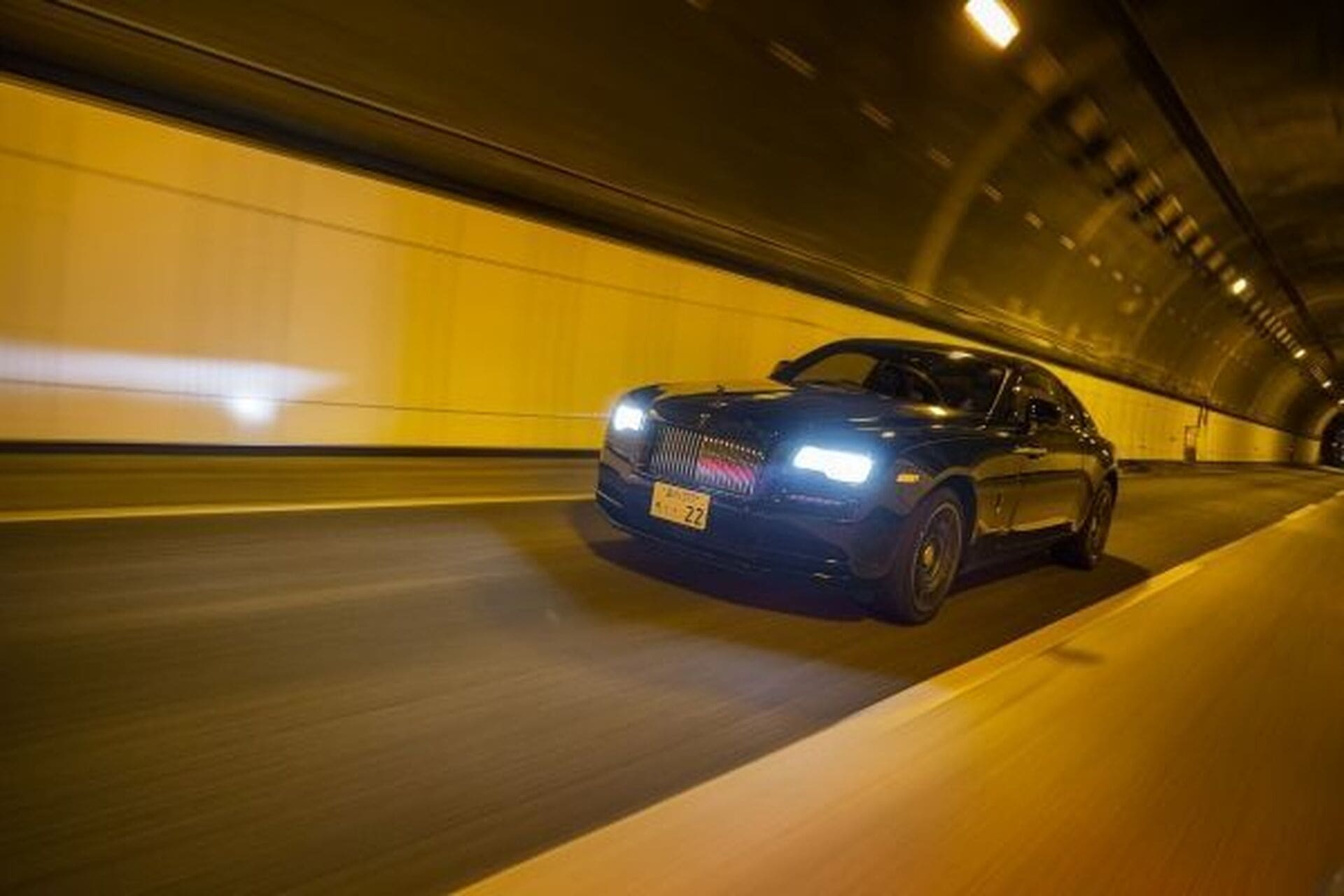 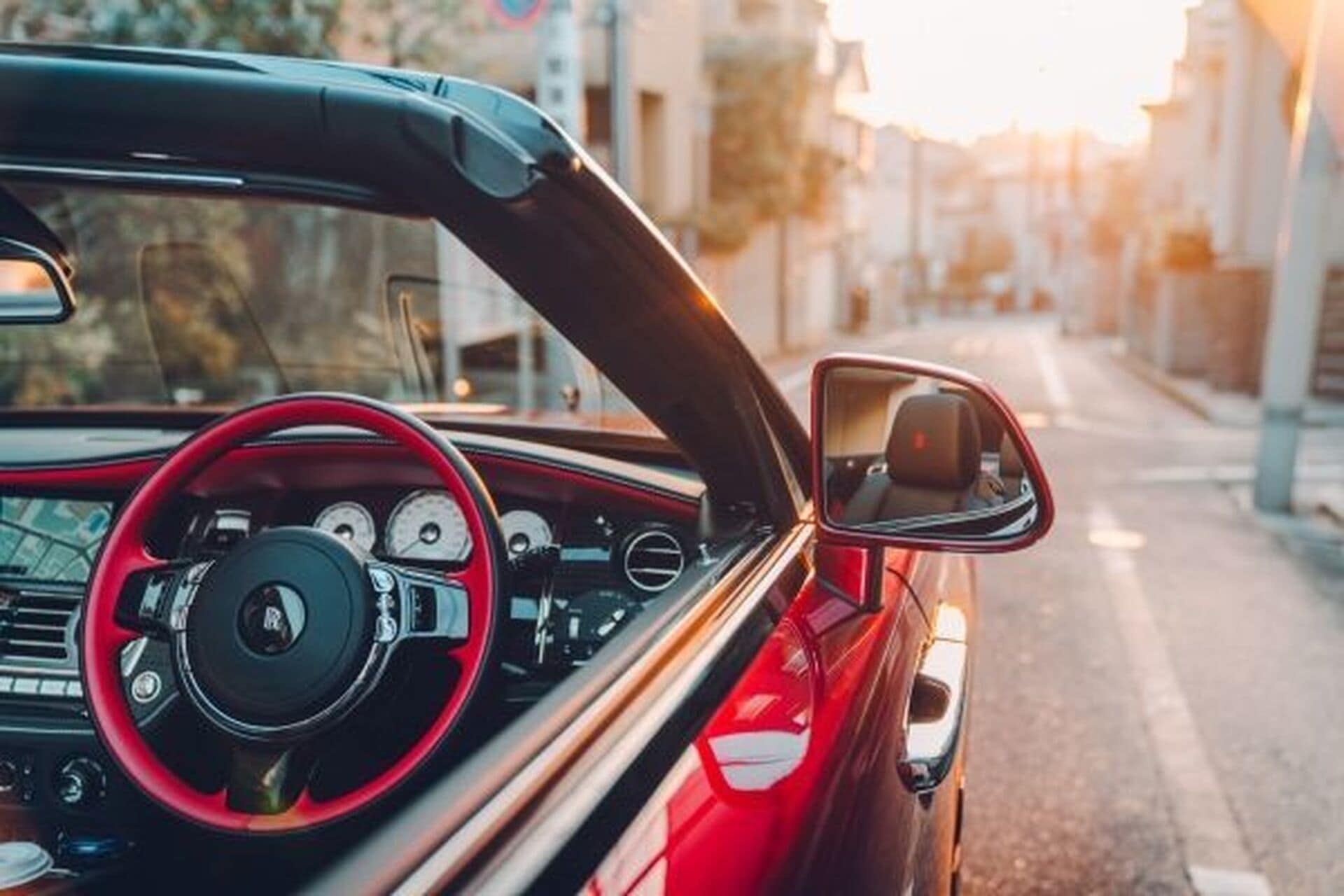 Through their British, Japanese and Singaporean lenses, we see a common story line unfolding, with these Black Bade Rolls-Royce going hard in the metropolis after dark before retiring to the calm solitude of the city limits as morning breaks. Aesthetics such as these have clearly struck a chord with the brand’s Japanese clients.

The regional director of Rolls-Royce Motor Cars Asia Pacific, Paul Harris, says Black Badge variants account for a little over over 40 per cent of Ghost, Wraith and Dawn models delivered in the country. Eighteen photographs have been collated as part of the series, and are on display together for the first time at Rolls-Royce Motor Cars Tokyo. Naturally, the three life-sized versions of the Black Badge models will be parked up alongside.

By Madam Wheels | August 5, 2019
ARE you in the market for a new luxury car but are concerned the car market doesn’t play fair? Then speak to the specialists at private-client car-advisory service, Madam Wheels. We’ll save you time, money and frustration and get you into the car of your...
Read More

By Madam Wheels | March 25, 2019
VICTORIA’S sinister speed cameras have become an occupational hazard for Madam Wheels, given their full-throttle roll out into low-speed zones across Melbourne. So, imagine my delight recently when I was given permission to absolutely punch the accelerator in a high-performance car to reach speeds of up...
Read More

Crackdown On Tyre Safety For Snow-Goers

By Madam Wheels | June 3, 2019
Regular visitors to the Australian ski fields may be familiar with how easily things can come unstuck for traffic in icy conditions. Last year, was a particularly busy season for emergency services at Mt Buller, in the Victoria Alps, where crews were regularly called on...
Read More
Scroll To Top