When one thinks of a typical Rolls-Royce driver, a well-turned-out, be suited older gentleman – perhaps conducting business in the spacious back seat – may come to mind. But modern-day buyers couldn’t be more different – they’re increasingly younger, increasingly female and increasingly in the driver’s seat herself.

Sure, there’s likely to be a chauffeur on hand if the need arises. But as new business models and the ever-evolving IT landscape enable serious sums of money to be made from a much younger age, this pinnacle-of-luxury brand is benefiting from record levels of interest from buyers who are often new to the brand. That trend is only likely to amplify this year as Rolls-Royce starts delivering its all-new high-sided crossover, Cullinan.

Nobody could be more delighted about this than Rolls-Royce Motor Cars’ chief executive officer, Torsten Müller-Ötvös, who met with local media in Melbourne in the lead to the Australian Grand Prix. Quietly spoken and quick to smile, Müller-Ötvös could be the poster-boy Rolls owner. He exudes confidence and success, and if he’s prone to arrogance, it was kept in check during the interview at the Rolls-Royce showroom in inner suburban Richmond.

In the course of our 30-minute chat, he waved off the prospect of a hard Brexit (“We’re prepared”), geopolitical and economic uncertainly (“I’m more an optimist than a pessimist”) and outlined plans to take the marque electric (“It fits well with the Rolls-Royce brand”). 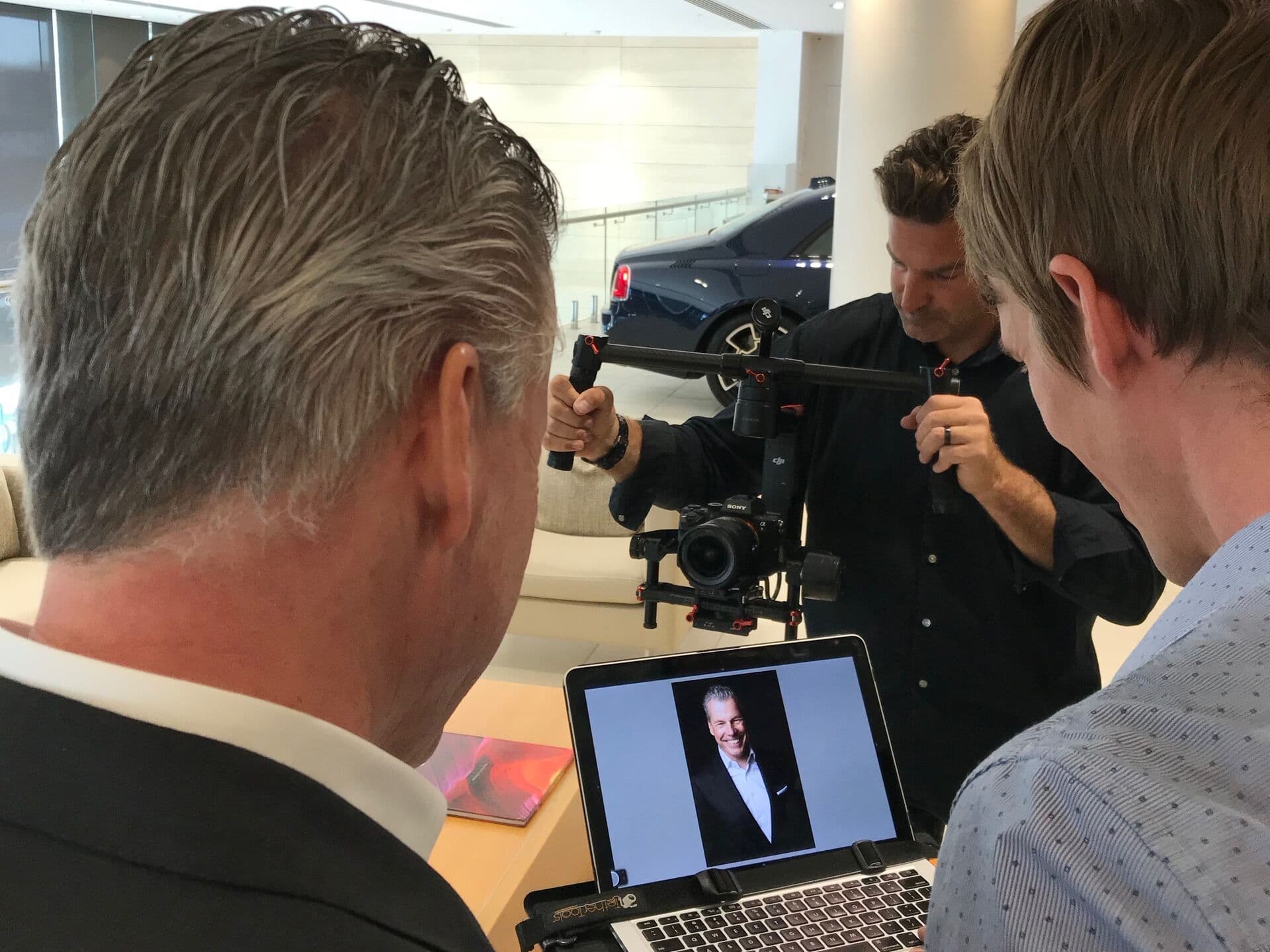 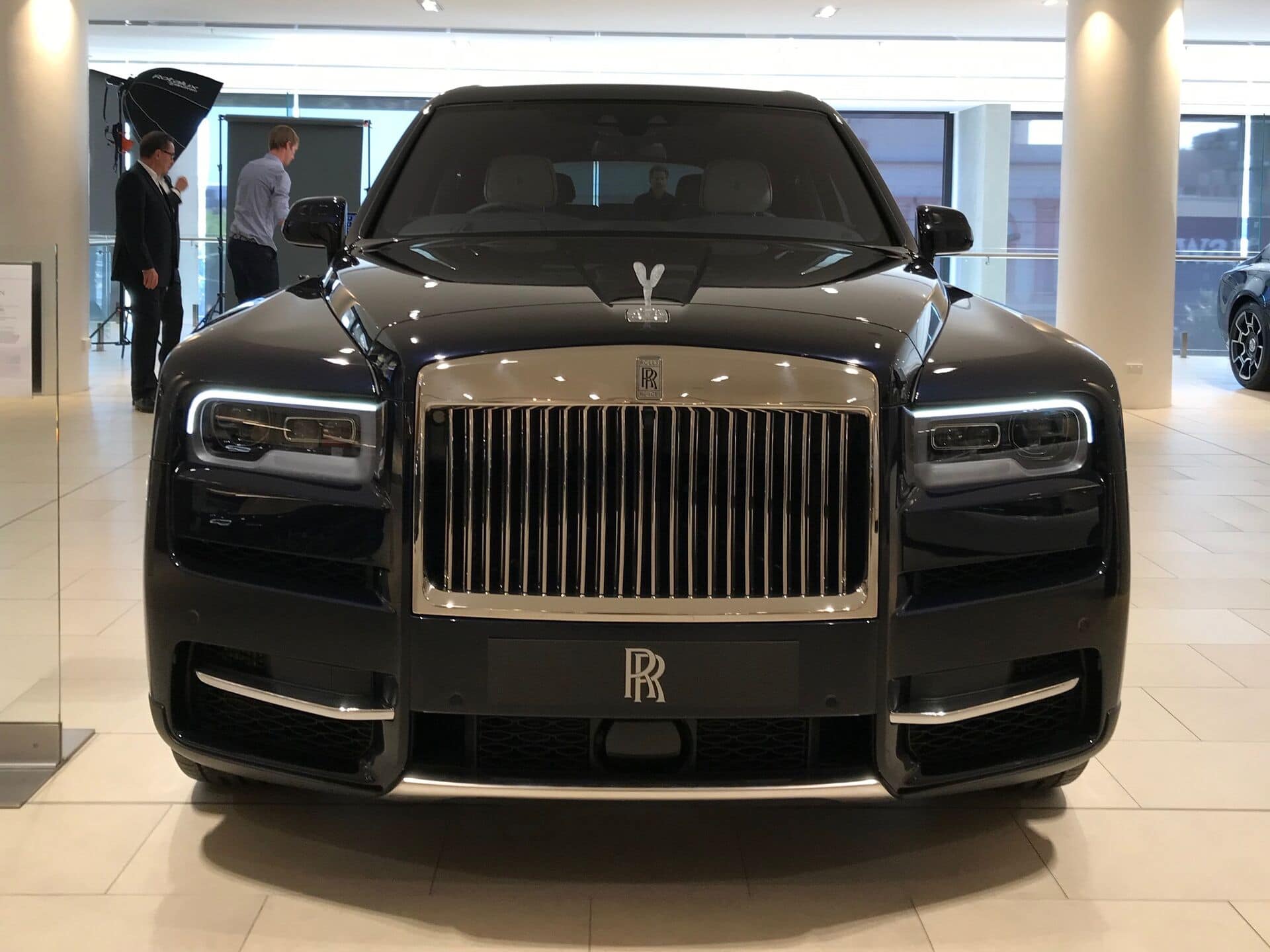 He’d arrived in Melbourne feeling slightly under the weather after picking up a bug during three weeks of dealership visits through Japan, Korea and Singapore. Luckily, he has family to take care of him here – a sister lives in Melbourne. Even if he felt up to it, it was unlikely the keen sportsman would have found time to indulge his passion for fly fishing during his three-day stay. It may have been the perfect salve for his ills and reward for his efforts.

‘Every single car is hand-built over 800 hours. We are not a robotized plant. Everything is built by hand. Everything.’

Last year, Müller-Ötvös steered Rolls-Royce to a historic business record, achieving its highest annual sales in the marque’s 115-year history. The success came largely from the new Phantom, which accounted for 20 per cent of all cars sold, while women made an impact, too, with their purchases of the Wraith fastback coupe and Dawn convertible. Over the year, he says the group delivered more than 4100 cars to customers in more than 50 countries, achieving year-on-year sales growth in all regions, including Australia and New Zealand.

That’s quite the lift from the 1000 cars Rolls-Royce was producing at its Goodwood facility in the UK nine years ago when Müller-Ötvös first joined the company following a long stint with BMW Group (which owns Rolls-Royce Motor Cars).He’s also overseen a significant rise in the number of women buying his cars, from virtually zero five or six years ago to 15 per cent globally today. 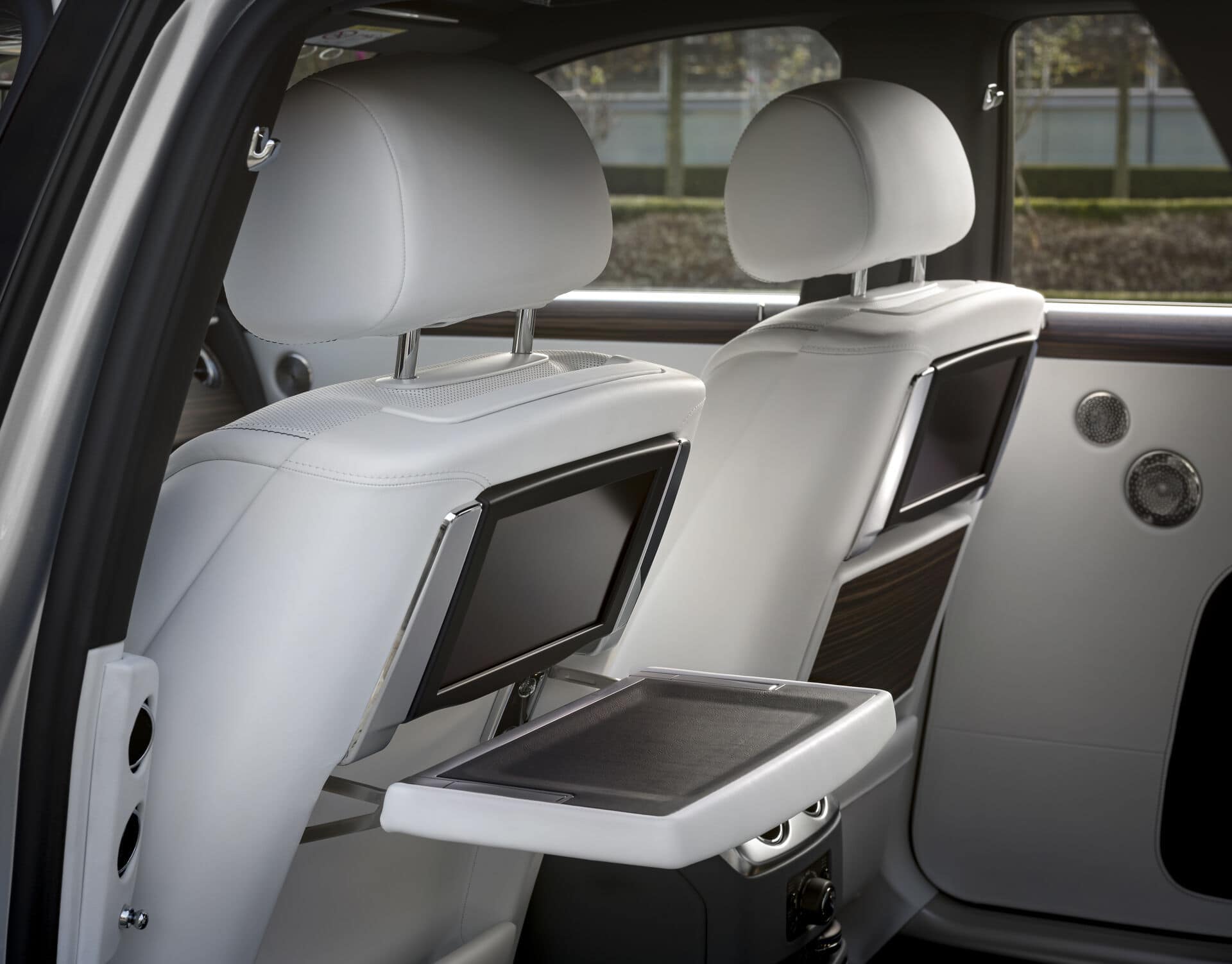 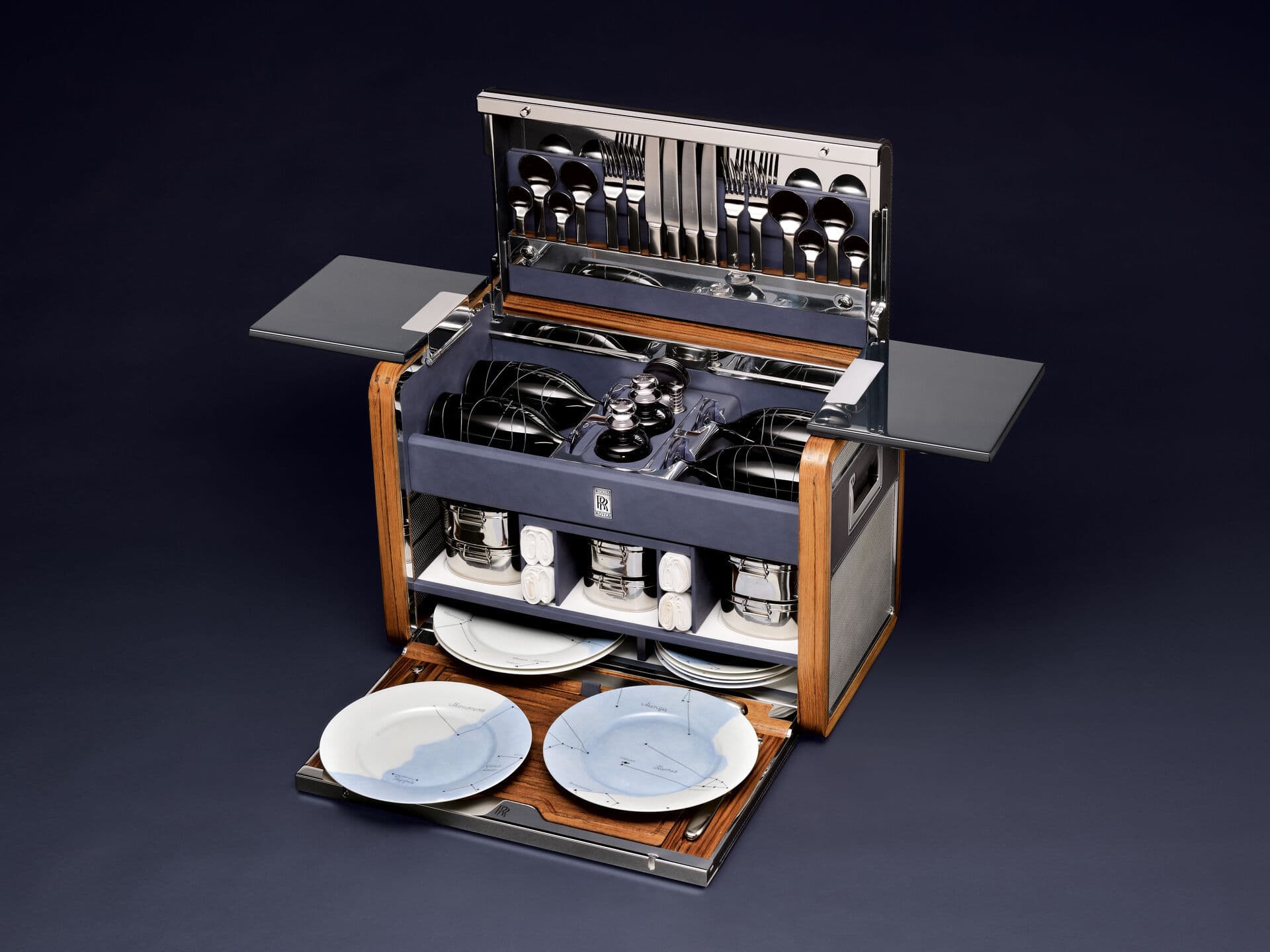 Profitability for the brand generally and the Spirit of Ecstasy’s allure to the female buyer specifically are likely to improve still further this year with the roll out of the much-anticipated Cullinan. Goodwood had to employ an extra 200 people to meet customer demand for the SUV, with orders stretching into the fourth quarter of this year.

Müller-Ötvös says SUVs may be super-popular with women for many reasons, but Cullinan is the first Rolls-Royce people have described as “a very practical car”.

“The customer reaction has been great, and we’re seeing lots of clients [60 per cent of Cullinan buyers are] new to the brand,” Müller-Ötvös says. Regardless of demand for the vehicle – which is priced in Australia at $685,000 before options – Rolls-Royce will not be upping production.

“There’s no chance to expand production at Goodwood because of its position sitting in an area of natural beauty,” he says, describing the situation as “an in-built guarantee of exclusivity”. So, we won’t see another manufacturing facility built elsewhere in the world to help spread the load? “I think RR belongs to Britain,” he says. “Full-stop.”

Besides, that level of perfection is impossible replicate. “It took 20 years to build the capability for making that level of craftsmanship [at Goodwood],” he says. “Every single car is hand-built over 800 hours. We are not a robotized plant. Everything is built by hand. Everything.”

It’s a hallmark of how a true luxury brand should be managed.”Our business model focuses on preserving the rarity of our products, which is a key demand of our customers. It’s not about volume.”

The next phase in the company trajectory will see it deliberately bypass hybrid technology and shift straight to electrification, which Müller-Ötvös says will happen in the next decade.That decision to skip hybrid power is all about China which, like other countries, will ban cars using that technology from city centers because they’ll still use internal combustion engines.“Hybrid is not a sustainable long-term investment,” he says. “The future is electric. If you want to participate in the Chinese market – and everybody wants to do that – then you need [to be] fully electric.”

Electric technology fits well with the Rolls-Royce brand in that it’s silent and very powerful, he says.“Rolls-Royce is all about torque. Our engines are the most torquey engines on the planet.” EVs will be introduced through a transition phase at Rolls-Royce which will be driven by customer response.

“We’ll roll it out step by step and [it will depend] on what kind of reactions we see with the first car, and so on. We’ll go with the flow.”Müller-Ötvös is also committed to ensuring the V12 stays in the Rolls-Royce mix “for as long as possible”.“Our customers love the 12 cylinder. It’s a beautiful masterpiece, like a very complicated wrist watch. The more complications there are in a watch, the more precious it is.”

So it makes sense autonomous functionality won’t be made available in his cars until the technology is at an appropriate level. In his mind, that means at Level 4 autonomy in a globally defined band from levels 1-5, with Level 1 being the most basic and Level 5 being the most advanced.“Autonomous is when you switch off your mind, when you relax, when you read a book, and when the car drives itself. That’s when I think the technology is right for us to introduced in our cars,” he says.

Which epitomizes the brand’s commitment to maintaining the masterpiece. “A Rolls-Royce needs to be a proposition which is super-convincing, involving not a single compromise on any single detail,” he says. “Rolls-Royce is all about perfection in every single way. This car is immaculate when it comes to the quality of materials we use and … it’s a super reliable, long-lasting, sustainable car.”

It’s no mistake that 75 per cent of all Rolls-Royces ever built are still on the road.“That’s what we are known for and that is what our customers continue to ask us for.”

By Madam Wheels | May 27, 2019
SOME of the safest cars coming into Victoria look set to become less attainable from July 1 when the State Government hits them with a new tax. The scaled increase in duty on cars priced from more than $100,000 will be on top of the...
Read More

By Madam Wheels | August 25, 2020
https://www.youtube.com/watch?v=nnJgVfUcfwE Madam Wheels founder Jacquie Hayes speaks with Channel Nine reporter Susanne Gray about some of the inequalities women face in the car-buying equation and how they can overcome them to bag the best deal.
Read More

Ferrari Launches Its Most Powerful V8 In F8 Tributo

By Raelene Donovan | September 3, 2019
WHO doesn't enjoy an amazing party with interesting and attractive guests? A social event planned around an enticing, appealing theme? Especially if that party is both in celebration and in honor of the introduction of a new Ferrari to Australia. Not just “any” Ferrari, mind...
Read More
Scroll To Top